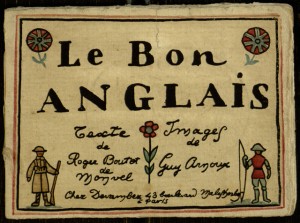 Created in appreciation for the service of British troops in France during World War I, this short work containing eleven hand-colored prints portrays a variety of British servicemen in non-combative and some comic situations: French headings but English text on opposite pages.  All of the images are available freely online, but here are a few of the pages to preview: 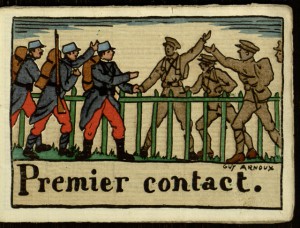 The illustrator, Guy Arnoux, produced a wide variety of work, some of which can be located online. 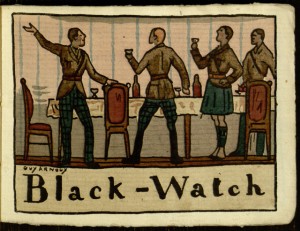 The Captain and the Nurse

“It is certain that since his arrival the English captain had manifested a marked preference for the little French girl. The little thing was so merry, clever and kind.” 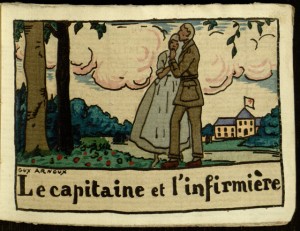 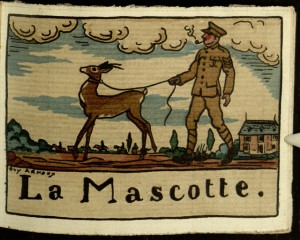 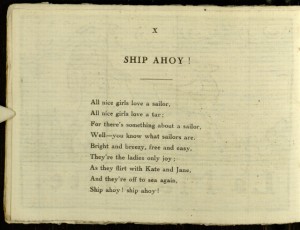 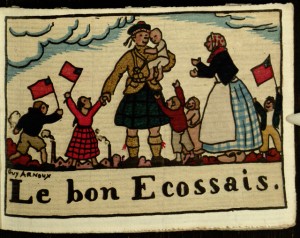