The Othmer Library of Chemical History collects, preserves, and makes accessible materials relating to the history of science, technology, and medicine, with an emphasis on chemistry and chemical engineering from ancient to modern times. The Othmer Library currently houses approximately 160,000 print and microform volumes, rare books and manuscripts, significant archival materials, and historical photographs of great value to researchers and our cultural heritage. Together these collections form an unrivaled resource for the history of chemistry and related sciences, technologies, and industries.

Holdings related to the First World War span archival manuscript and photographic materials, as well as published monographs and print journals. Industrial mobilization and developments in science and technology are well-documented in several key corporate collections, including the records of the Dow Chemical Company, Hercules Incorporated, and the Rohm & Haas Company. Trade journals effectively chronicle the maturation of the American chemical industry both during and after the war while several archival collections document postwar efforts to identify peacetime applications for wartime technology. Other items of note include Francis E. Scott’s U.S. Army Gas School Notebook and several volumes on the identification and treatment of gas poisoning.

For a full listing of our World War I resources, please consult our research guide.

Records and Ephemera of Hercules Incorporated, 1913-1997

First aid in the prevention and treatment of chemical casualties / by United States. Office of Civilian Defense. Medical Division, 1941

The story of the First gas regiment / by James Thayer Addison, 1919

Highlights from the Othmer Library's collections 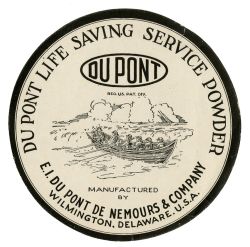 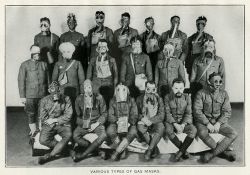 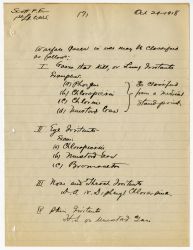 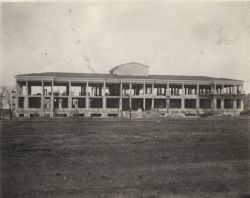