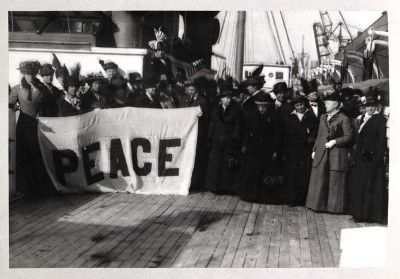 The Swarthmore College Peace Collection is a special collections library and archives collecting on non-governmental efforts for peace and non-violent social change around the world.  Holdings on World War I include the original papers of individual peace activists, such as Nobel Peace Prize winner Jane Addams and the records of peace organizations active from 1914 onward.  These individual activists and the organizations created a significant force of opposition to the Great War in Europe, and, after 1917, in the United States.  They were also involved in finding ways to maintain peace and reconciliation once the war was over.

The Peace Collection has dozens of manuscript collections containing hundreds of thousands of original documents, thousands of photographs and posters, postcards, magazines, books, and other items documenting various topics on the Great War.  While the majority of the resources relating to peace efforts and opposition to the war in the United States, there are also materials from Great Britain, Germany, France, and many other nations caught up in the war.  There are resources on many topics about World War I in the Peace Collection, and the following are the major subject areas:  Opposition to the War; Conscientious Objection and Civil Liberties; Peace and Reconciliation; and Women and Peace.

Peace Collection holdings are organized by the name of an individual or by the title of an organization and contain a variety of original and published documents created by the person or organization.  The collections listed here have on line finding aids (lists detailing documents folder by folder).  The documents themselves are not on line.   There are dozens more World War I era collections of original documents, photographs, posters, and other items in the Peace Collection which do not yet have a finding aid or a digital presence online.

The Peace Collection is open to the general public throughout the year.  See the full website at: http://www.swarthmore.edu/Library/peace

Organizations and Individuals Opposed to the War 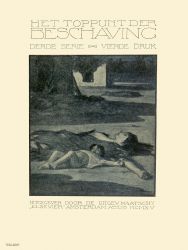 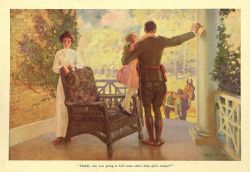 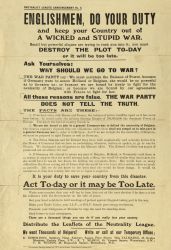 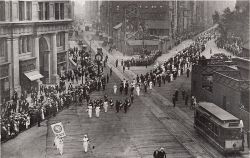 See also the following pages on this site about resources from the Swarthmore College Peace Collection: