"Our life is a living Scrap-Book. Clipped from the scroll of Time and pasted by the hand of Fate, every day brings its contributions, and the leaves accumulate until the book is filled”

Whether created for an audience of one, or with posterity in mind, scrapbooks are more than mere collections of items and thoughts. They are completely new “publications” that impart knowledge of people, places, and events often overlooked in history books.  Much like pinning on Pinterest or sharing on Facebook, scrapbook creators copied favorite poems or passages from sermons, clipped newspaper articles, and pasted pictures, receipts, and other souvenirs onto pages of their books. These miniature cabinets of curiosity vary widely in content, scope, and purpose, but all tell a story with objects otherwise considered ephemeral. “Each scrapbook seems both opaque and tantalizing on first reading; magnetic and impossible.” (Garvey, 14) Often disregarded as mere entertainment, scrapbooks are an irreplaceable tool for ferreting out viewpoints, experiences, local news, and opinions and for understanding the story behind the politics, military strategy, and newspaper headlines of the Great War.

Many soldiers assembled their scrapbooks after the war, it being impractical to carry paste pots and books on maneuvers. This gave the compilers time to sift through collected material and to choose what seemed important in hindsight, thus presenting a different perspective than letters or diaries composed on the spot. Einer Smestad, Frank R. Steed, Henri Drigeon, and Stephen Noyes assembled their books at some point after returning home. Each chose to document his experience in a different way Einer Smestad created a history of the 4th Wisconsin Infantry, Company K, later Company A of the 107th Military Police. The unit’s movements from Stoughton, Wisconsin, to Texas, then Europe and back can be mapped in detail using his picture postcards. Airman Stephen Noyes kept a more personal, but no less factual, account. His book is filled with official documents –every order he received, records of his training classes, and his credentials. Photographs supplement the papers adding a individual touch to the dry military records.

The scrapbook attributed to Henri Drigeon, a French infantryman with the 8th Battalion Chasseurs à Pied does not offer a purely linear history, or even a clue as to when it was assembled, but tells a story similar to that of the Americans –of a war experience delineated by camps, new cities, and uniformed men in the midst of various activities. The postcards in Drigeon’s book are not glued down and brief notes like, “I forgot to tell you to keep your gold. Do not change it and especially do not let it fall into the hands of the government,” and “Do not forget to respond to me quickly as I no longer have any war cakes” round out the beehive of martial activity presented in the photos. On the other hand, Army Field Clerk Frank Steed’s recollections focus on the world away from the war. He used his official leave to sightsee and filled two books with tickets, receipts, menus, and other items from his travels. Steed also documented friendships formed with his landlady and others where he was stationed. Without the official requests for leave and related Army pamphlets, this could be the scrapbook of a gap year in Europe.

These volumes offer little evidence of front line activity. Whether these men saw combat or not, they had to be aware of the death and destruction caused by the war and the privation of civilians, but they chose to leave it out of their books. Was this a purposeful omission, a distancing from the horror, or an attempt to keep the despair at arms length? Perhaps they simply chose to not remember or to not inflict the dreadfulness on their audience. After all, scrapbooks record both what the authors know, and what they want others to know.

Scrapbooks assembled as events unfolded tell a potentially unfiltered story, the compilers not having much chance to edit their memories. The scrapbooks of Alma Clark, Emery Mack Bell, and Margaret Emilia Brunner have the immediacy of today’s blogs rather than the studied presentation of an autobiography. Alma Clarke interspersed air raid instructions, photographs, and newspaper clippings among poems, drawings, and contributions from patients and other denizens of the hospital station. A college student when the United States entered the war, Emery Mack Bell's album is full of the ephemera common to a young girl’s social life, punctuated here and there with limericks and jabs at the Hun clipped from newspapers. The scrapbook not only traces her growth from college student to graduate, but also her increased awareness of, and involvement in, war causes.

Margaret Emilia Brunner started clipping poems, photos, and lists from the newspaper in September of 1914 when her husband Frederick Wilfred, joined the Royal Engineers. The beginning of her album reflect the unconcerned attitude of many people expecting the soldiers to be "home before the leaves fall." The story of an officer’s wife busy with war relief efforts, dinners, and other social events quickly becomes one of anxiety and worry when her brother, Captain Roderick M. Burgoyne goes missing at the Battle of Ypres. Margaret pasted the bad news among the programmes, poems, and clippings. A few pages later, a telegram appears informing her that he is in a German prison camp. She occasionally included the Roll of Honour documenting officers killed or wounded in the war, but once her husband’s unit shipped out, it became a daily ritual. First her brother-in-law is on the list of wounded, and eventually her husband’s name appears among the missing. Telegrams from the War Office and personal ads she placed seeking information, supplement the endless daily lists. Margaret was notified that Wilfred was missing August 26th. The last items in the book are dated September 3rd. There is no official notice of his death, and the last few pages are blank. Major F.W. Brunner was in fact killed August 9th at Gallipoli, bayoneted to death by Turkish soldiers. Did Margaret receive notice of his death September 4th and immediately cease cutting and pasting? While there may be another extant scrapbook that continues the tale, it would appear that when that news finally came, it was too much to bear and the recorded story ends.

Unlike Margaret Brunner, Harriet Pierson, whose husband was killed November 9, 1918, did not tell her story as it happened. Pierson created her scrapbooks as a memorial for Major Ward Wright Pierson. Beginning with letters of reference from colleagues at Penn, Margaret follows Ward’s training and his departure for Europe before skipping immediately to his death and ending with his unit’s first reunion in 1920. Did Ward not write letters or send postcards during his four months in Europe? Were they too personal, or perhaps not relevant to Harriet Pierson’s purpose? While Margaret tells a story of life, Harriet tells one of death. Ward’s picture is centered on the first page, inscribed by Harriet, “Henceforth I travel alone, yet I shall not be solitary since thy sweet memory goeth beside me.”

Scrapbooks use existing material to tell a new story. A clipping from a newspaper has no context, but added to a scrapbook it relates stories beyond the printed words. Much like a good museum exhibit, the items in a scrapbook are given a sense of place by the compiler and tell stories on multiple levels. The reader can take the scraps of a life at face value, or dig deeper for details and infer viewpoints or feelings. Scrapbooks are much like a “Choose your Own” adventure for researchers. Options include, but are not limited to, reading them for the obvious story, delving deeper to analyze the choice of materials or lack thereof, or going all out and marrying the scrapbook with elements of the person’s life and details of the events depicted. “Scrapbooks, then, are a material manifestation of memory –the memory of the compiler and the memory of the cultural moment in which they were made. … They hold historical accounts in print and images that tell how events and lives were understood and told to others. … Scrapbooks contain abundant hieroglyphics for the researcher who can decipher them.” (Ott, 3) 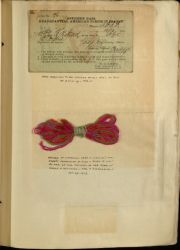 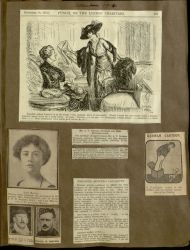 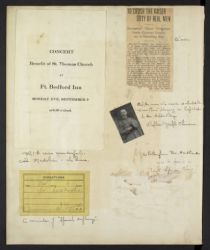 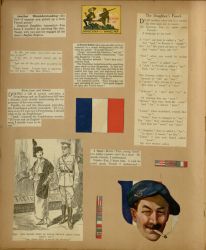 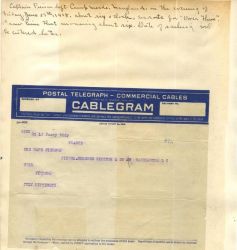 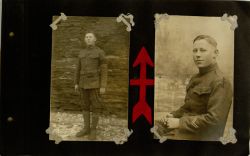 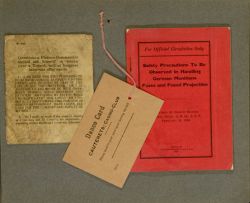 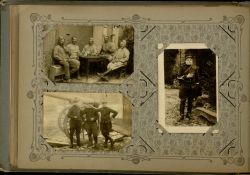 Life-writings as related to the Great War are described and an overview of some of the canonical texts is provided.